WHERE IS THE NEWBORN KING OF THE JEWS? 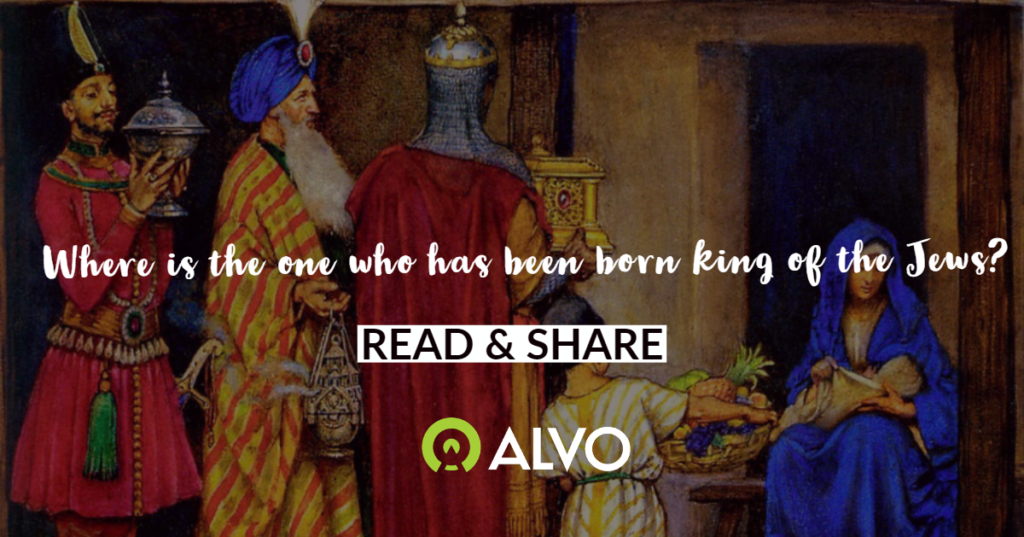 “Now when Jesus was born in Bethlehem of Judaea in the days of Herod the king, behold, there came wise men from the east to Jerusalem, Saying, Where is he that is born King of the Jews? for we have seen his star in the east, and have come to worship him.”
‭‭(Matthew‬ ‭2:1-2‬)

They were scientists coming from far away. They had knowledge of astronomy, philosophy and even prophecies. They weren’t ignorant men manipulated by a mass of religious fanatics. They were men of science in search of a transformative truth.

Isn’t it interesting to think that wise scholars wanted to know where the baby who was born king of the Jews was? And isn’t it interesting that they did everything within their means to find him? True science never flees from truth. In their limitation, they ended up knocking on the wrong door. Their logic was right, if there’s a King to be born, he should be in a palace. You can’t imagine looking for royalty away from the palace and near the stables.

“Maybe they’re late”, some would say. The baby had already been born. When they saw the star in the east they had a long way to go. They lived far away, had to deal with problematic roads and relied in precarious transportation. They didn’t come on Christmas. They arrived when the family was already in a home. By the age cut off of Herod’s order to kill all boys born of the Jews, we can deduce that they arrived two years after the actual birth of Jesus.

But he was still a boy. A toddler. Maybe babbling his first words and taking his first little steps. They enter their home and without a doubt, the scientists bow before the promised messiah. They open their treasures. They deliver their fine gifts full in meaning. Gold, a gift suited for a King. Incense, an icon of a high priest. Myrrh, a doctor’s medicinal resin, all pointing at the real humanity of the honored one. You know, scientists can also be prophets. Through these gifts they are stating that this boy is exactly who the prophecies say He is.

The wise men bow before Him and worship Him. They make it clear they come with this purpose in mind. While some come from so far, as an answer to an unlikely faith, Herod, who is so close, chooses the path of hatred, rejection and intolerance. He feels threatened by the inevitable arrival of the competition.

The boy is in fact King of the Jews. Now, when the Heavens announced His arrival, it was a different kind of presentation; “Today in the town of David a Savior has been born to you; he is the Messiah, the Lord”.

Joseph was also guided by an angel; “and you are to give him the name Jesus, because he will save his people from their sins”. You see, Herod had no reason to be disturbed. The boy didn’t want to be his competitor, he came to be his Savior. The Wise men realized this and decided to worship Him.

Even in our days people are divided between these two positions when facing Jesus. Who is He to you? A disturbing threat or personal Savior?